I think I AM BACK!

Well folks--I hope I!  It has now been 8 days that I haven't been on antibiotics!  The record was 5 since Aug. 20th before this past week!  I hope all of that is in the past and I can get back to feeling as good as my fibromyalgia and migraines will allow!  Now to slowly attack my house (it is a wreck) and my "To Do" list (a contender for the Guiness Book of World records).  I have an inhaler for when my breathing gets "tight" and must remember to put my legs up, not only several hours a day, but whenever I possibly can.

My downstairs personal laptop (which was crashing) has been replaced with my upstairs (Classes and graphics--games, visualized Bible verses and songs--take to the office) laptop.  This would have been easy to do--just download all the files from laptop A onto laptop B--except for example:  the class notes for one of my classes at CYIA.  I have updated and changed the notes from the original outline on both computers.  I had to go in and combine the changes into one new document.  Or, the document on Computer B was
actually newer than the same document on Computer A and downloading A's files would have wiped out the changes on Computer B. So I had to look at the date on every single file on both computers (there were thousands), downloading each file or piece of a file, individually if it needed downloaded..

My tatting has been mostly working on the Christmas ornaments that I hope to have ready by Dec. 25th for each of my children, grandchildren, nieces and nephews.  This has gone very slowly this year, simply because I haven't felt physically well enough to tat a whole lot.  I may be pushing myself by attempting this and have given myself permission to quit if accomplishing my goal is just not possible.


I don't want to bore those of you who are my Facebook friends....but I thought I would catch everyone else up with my life. 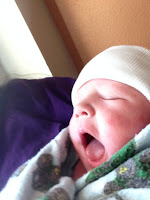 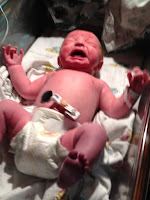 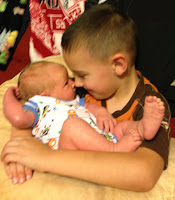 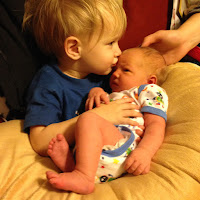 This was taken a few days later, when my grandsons got to hold their new brother for the first time.  These older two boys LOVE their new baby brother.  It has been difficult already to keep the two year old out of the crib--he wants so badly to love on "Gant". 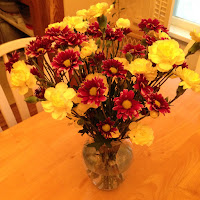 On December 3, my husband and I celebrated the anniversary of our first date. My husband fixed a lovely seafood dinner for us, and brought me beautiful flowers (He loves roses, and when we were first dating, often brought me a dozen--it took real effort to convince him that I really preferred the cheaper option of daisies!)  I've always thought our first date story was special because it wasn't supposed to be a date.  We had known each other since I was in the ninth grade.  We attended a small junior college and had several classes together.  Over the years we had many, many times "hung out" with the same group of friends and a few times had done things -- just the two of us -- but definitely as friends.  That was what this day, 34 years ago was supposed to have been--a Christmas shopping trip (like one the year before) where he helped me buy "guy" gifts and I helped him pick out some "female" gifts for his mother and sisters.  Somehow during the day the friendship changed to where at the end of the evening, we were planning our second date! Less than a month later, we were engaged.  We were married six months after that.  God has been so good to us!  Looking back it has been a roller coaster ride--and I can't wait to see what God brings into our lives next! 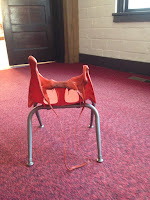 I posted on Facebook this picture of a chair.  Yesterday after our Christmas/Thanksgiving dinner at church, my two-year old grandson placed this chair in front of a wall heater (*we do have gates around the heaters, where children might be--the nursery, fellowship hall, etc... but for an unknown reason the one in this room was missing.).  God's hand of protection was definitely there--no one was injured, and nothing else was damaged. 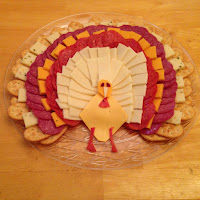 I was rather proud of my contribution to the Thanksgiving dinner this year.  It was definitely didn't look as good as the one on Pinterest...but I thought my cheese and pepperoni turkey was pretty good! 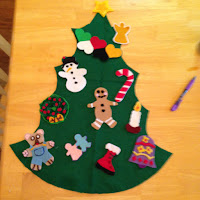 Keisha, a young mother came over to the house to craft one day.  It was really neat sharing supplies, experiences and some tips with her.  She made a felt tree for her preschoolers and I made this one for my young grandson--as he is not  supposed to touch the real Christmas tree.


I am going to try to gather all the names and draw for my promised 100th post  sometime today--but as I must take things slowly--that might be bumped to another day. 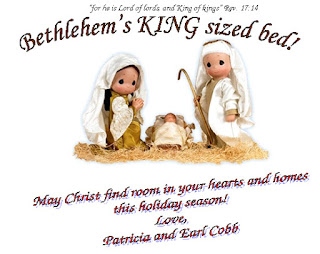